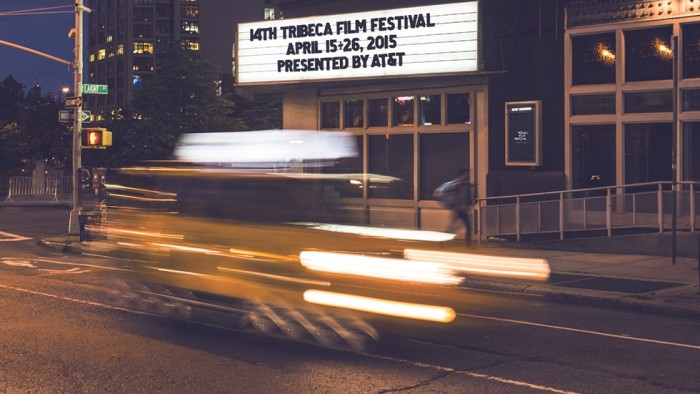 The Tribeca Film Festival, taking place in various parts of downtown New York from April 15-26, holds its own as a festival known for its documentaries, its happenings in the surrounding Tribeca area, and its appreciation of women directors with the Nora Ephron Prize. Featuring some 100 feature films, with 67 of them premiers, this will be the 14th annual festival that names Robert DeNiro as a co-founder.

It kicked off April 15th at the Beacon Theater with the premier of Bao Nguyen’s documentary, “Live From New York!” which tracks “Saturday Night Live” through the 40 years in which it has come to define comedy and New York City. Tribeca has long been a generous platform for comedians and the inner workings of comedy life. Other films featured this year in that line include “Very Semi-Serious,” by Leah Wolchok, which profiles the cartoons and cartoonists of the New Yorker; “Drunk Stoned Brilliant Dead: The Story of the National Lampoon,” a film that premiered at Sundance; and “Misery Loves Company,” where comic Kevin Pollack interviews his fellow stand-ups on what makes a comedian do what they do. Normally comedy doesn’t want extra analysis, but the documentary format is the most gentle and therefore frequently effective commentator. It shows with as little judgement as possible.

Current “SNL” cast members like Kate McKinnon and Bobby Moynihan showed up for the premiere, as well as Rudy Giuliani, former mayor of New York, who has before been teased by “SNL.”

On Thursday, Actress-producer Olivia Wilde and the producers of Bachelorette, The Place Beyond the Pines, and Beasts of the Southern Wild led a panel discussion of the business of independent film. Wilde just produced her first narrative film, Meadowland, which premiered at Tribeca on Friday. At the panel she talked about producing from an actor’s perspective.

About a quarter of this year’s films at Tribeca were headed by female filmmakers, which is not nearly where it should be, but better than any years past. The festival is known for encouraging female directors, and honors them each year with the Nora Ephron Prize.

Other notable events at this year’s festival will include the reunions of both “Monty Python and The Holy Grail” and “GoodFellas” casts on April 24 and 25th respectively, a Mary J. Blige concert, talks with George Lucas, Courtney Love, and Amy Schumer. Wednesday night was brought to a close by a performance by Ludacris.