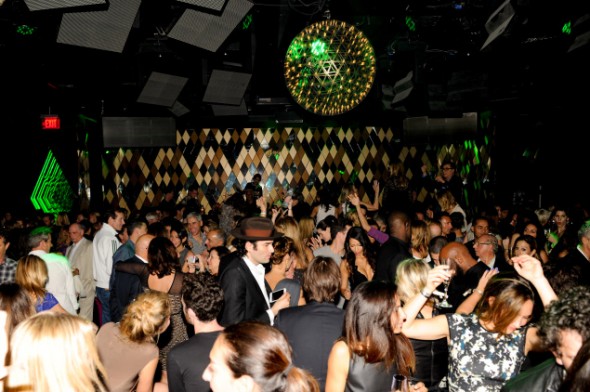 Art Basel Miami, one of the most anticipated weeks of the year for the international art scene, came to an end on Sunday, December 7th. As always, Miami saw a whirlwind of art events, parties, gallery openings, and concerts. Gucci kicked off Art Basel by hosting a private cocktail preview of Kris Knight’s exhibit Smell The Magic, while LAND celebrated its 5th gala at the Raleigh Hotel honoring “Innovative Women in Arts and Culture.” Throughout the week, we saw performances from several notable performers, including Miley Cyrus and New York’s Queen of The Night. Fashion and interior design came together for a dinner to celebrate Louis Vuitton’s exhibit with renowned furniture designer Pierre Paulin. Meanwhile, Jeremy Scott threw a Barbie-themed bash, which featured a life-size Barbie home.  We also saw more fashion events with the launch of not just Façconable’s new collection, which features art work from Jean Cocteau, but also the launch of both the Eres x Laure Heriard Dubreuil swimwear collection, as well as the limited edition Miss Viv’ L’ArcoBaleno handbag, designed by Bruno Frisoni. Check out our complete list of highlights below! 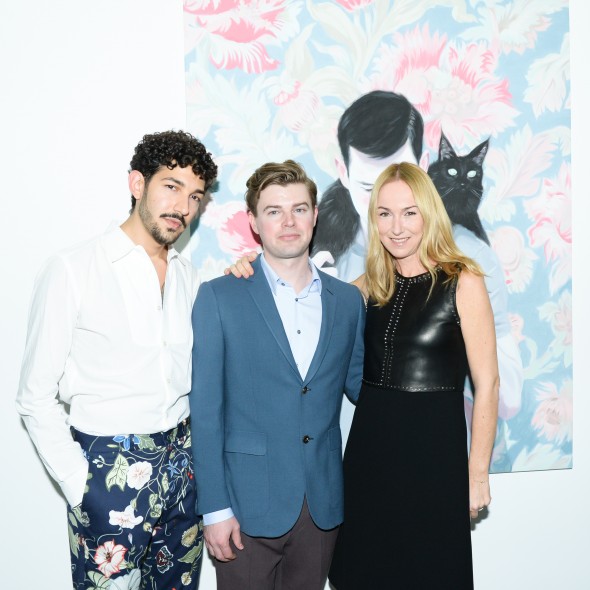 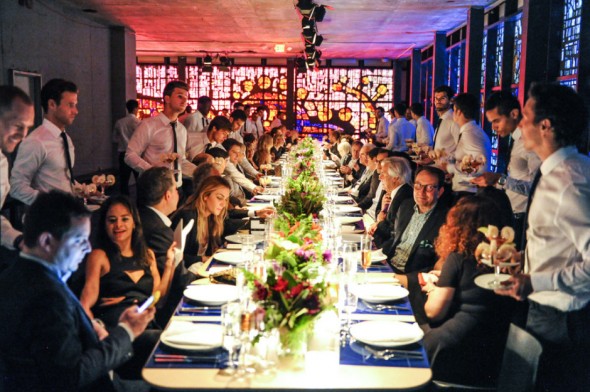 LOUIS VUITTON X PLAYING WITH SHAPES DINNER
To celebrate Playing With Shapes, a satellite exhibition by furniture designer Pierre Paulin at Design Miami, Louis Vuitton’s Michael Burke and Design Miami’s Craig Robins threw a private dinner and after party. The evening soiree was met with celebrity appearances, including Kate Hudson, Michelle Williams, and Miranda Kerr, who all showed up donning Louis Vuitton among others in the fashion and art elite. Playing With Shapes showcased 18 original pieces of furniture designed by the renowned Paulin, and invited visitors to move the pieces around to create their own idea of a comfortable living space. 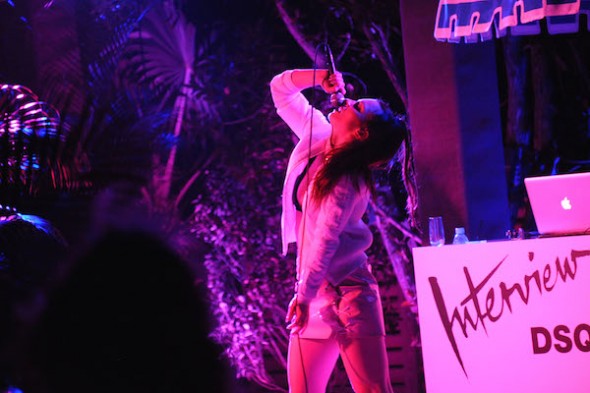 QUEEN OF THE NIGHT – A CELEBRATION OF WOMEN IN ART
On December 3rd, Queen of the Night hosted a performance at Up & Down as part of their “Women In Art” benefit. Presented in collaboration with Nicole Ehrlich, the evening included several elaborate art installations from Millie Brown, Sophia Wallace, Natalie White, Katie Fischer and Yomeryl. The night also saw an exclusive performance from none other than Brooke Candy, who was featured in The Untitled Magazine’s Legendary 7 Issue. Joe Jonas and Atlanta de Cadenet were among some of the people in the audience.

TOMMY HILFIGER X MILEY CYRUS X JEFFREY DEITCH X V MAGAZINE
On Wednesday night, Tommy Hilfiger and Jeffrey Deitch hosted a party with V Magazine at the Raleigh Hotel in South Beach. With Miley Cyrus as the party’s guest performer, the hype leading up to the event surely matched the evening’s results. The singer donned a metallic onesie and sang alongside Wayne Coyne of the Flaming Lips. Teasing her own music and lighting up a joint on stage, her performance saw a variety of covers as opposed to original songs, including The Beatles’ “Lucy in the Sky With Diamonds” and Rick James’s “Super Freak.” 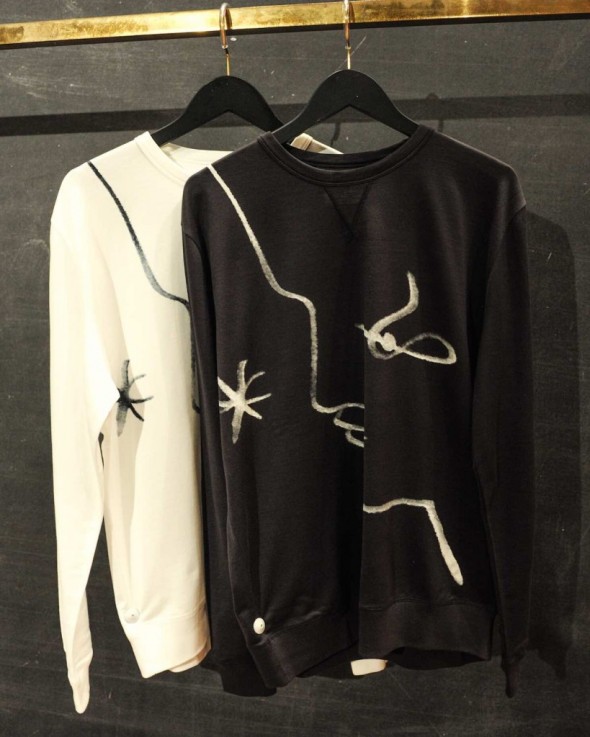 FAÇCONABLE X JEAN COCTEAU CAPSULE LAUNCH
During Art Basel, Façonnable teamed up with The Webster to launch their new Capsule collection, which was inspired by the art of Jean Cocteau. Cocteau’s sketches were seen on navy and white dresses, shirts, and even shoes.

ERES X LAURE HERIARD DUBREUIL CAPSULE COLLECTION
During Art Basel, Laure Heriard Dubreuil hosted a lunch on the roof of The Webster to celebrate her new swimsuit collaboration with Eres. Guests at the lunch included Max Osterweis, Kate Foley, Waris Ahluwalia, Virgil Abloh, Elisa Sednaoui, and Lauren Remington Platt. The Webster is currently the only known purveyor of the Eres x LHB collaboration, until February, which is when the suits will be available at various Eres stores. 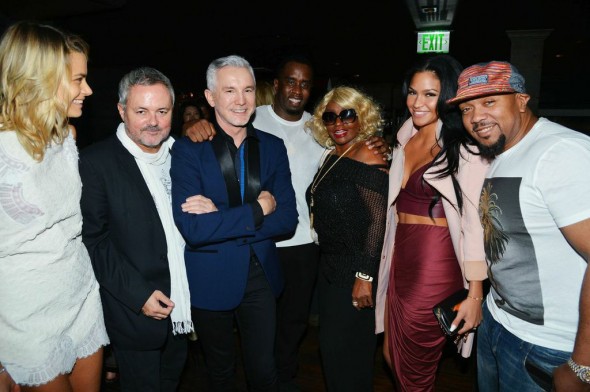 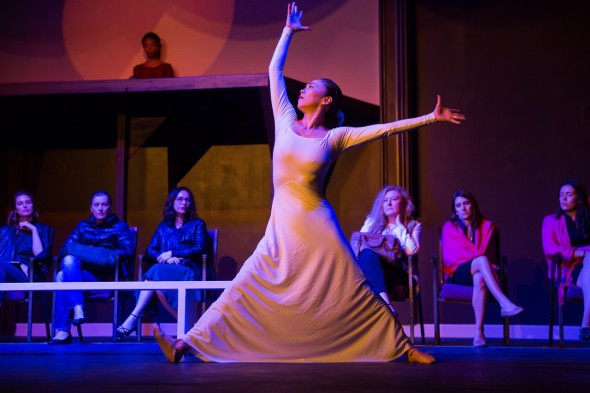 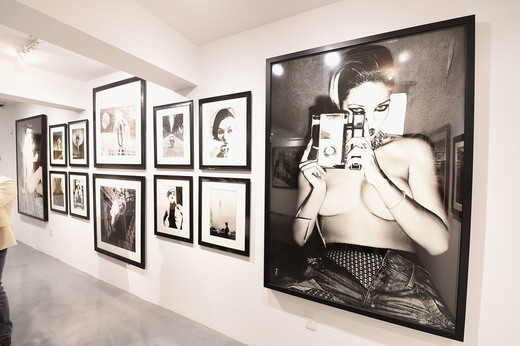 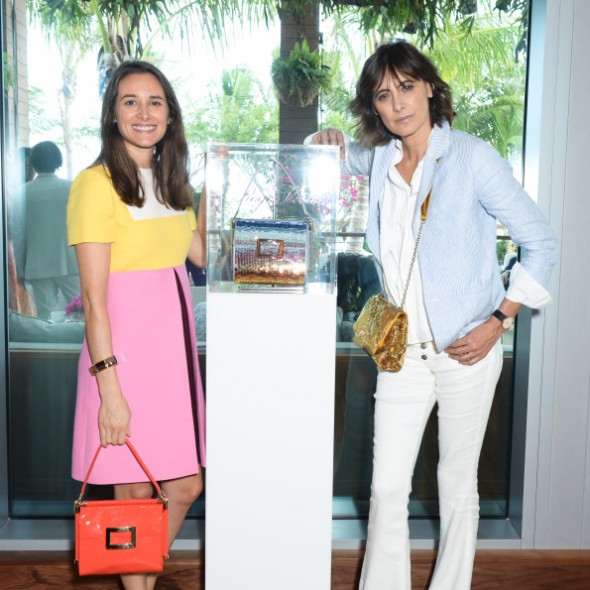 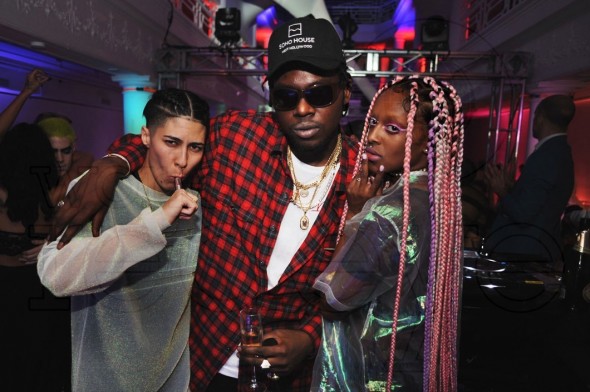 JEREMY SCOTT X MOSCHINO
To celebrate the release of his first book, Jeremy, which chronicles the designer’s career, Jeremy Scott threw a Barbie-themed party during Art Basel Miami. Rocking a bright pink tuxedo, Scott invited some of his closest supporters and friends – Miley Cyrus, Carlyn Cerf de Dudzeele, ASAP Rocky – to a dinner at the Seagrape in the Thompson Hotel, followed by a “Live The Dream” party outside. Guests helped themselves to Belvedere cocktails and cotton candy as they explored a life-size Barbie house, which served as the perfect backdrop for a Barbie bash. 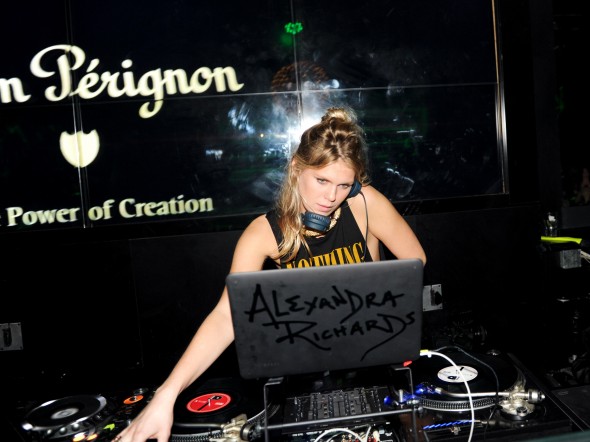 MARLBOROUGH CHELSEA X SHADOW POOL: A NATURAL HISTORY OF THE SAN SAN INTERNATIONAL
On Thursday night, artists Justin Lowe and Jonah Freeman staged their show Shadow Pool: A Natural History of the San San International at the Edition Hotel. Presented by New York’s Marlborough Chelsea, the performance featured a slideshow of stock photos depicting a fictional “San San International” –  a festival where technology, ideas, pornography and other subjects come together. Perhaps it’s a critique on Art Basel itself, but “San San International” initially starts out as a small event that just grows larger and larger until it becomes one large distorted display of bodies and vapid events. Incorporating a fashion show, music performance, and the slideshow, Lowe and Freeman’s show was certainly an odd, but nonetheless interesting show. 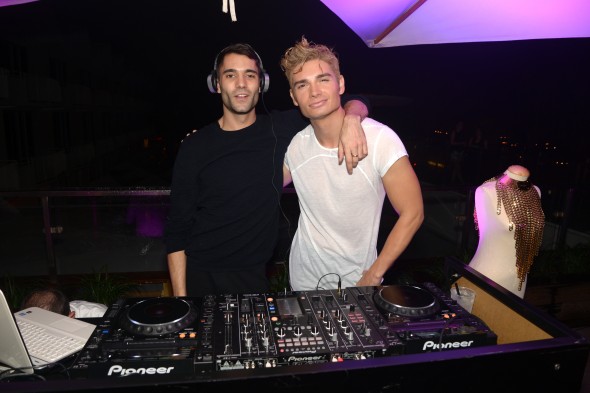 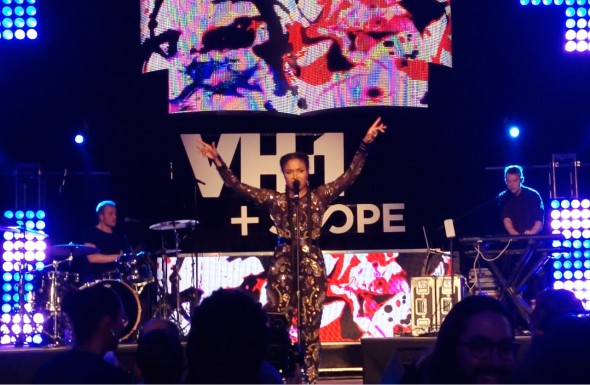 AIRBALL X SNARKITECTURE
Miami-based clothing retailer Alchemist teamed up with Daniel Arsham’s Snarkitecture for a unique installation titled Airball for this year’s Art Basel. Located on the fifth floor of the Herzog & de Neuron designed parking garage on Lincoln road, the installation featured a reinterpretation of the traditional basketball court with bleachers included. Kehinde Wiley and Rick Owens also joined the collaboration and created a limited “AIRBALL” line of products to coincide with the installation. To celebrate the unveiling of the installation was Usher, who co-hosted a private dinner with Arsham And Alex Mustonen in the Delano’s lobby, followed by an after party.

KETEL ONE VODKA X THE HOLE GALLERY: OTHER WORLDS
Ketel One Vodka and The Hole Gallery presented Other Worlds and the Vibes Experience for Art Basel, Miami Beach 2014. The evening began with Other Worlds, an exclusive unveiling of a never-before-seen dreamlike sound piece art performance and LED video sculpture installation by acclaimed British artist and cultural provocateur Matthew Stone, with an original music composition by Dev Hynes of Blood Orange. The Vibes Experience, an indoor/outdoor party and musical performance by Theophilus London, and a DJ set accompanied by visual effects from producer Virgil Abloh concluded the event. These four artists came together for a unique celebration of culture, music, art and crafted cocktails, curated exclusively by Ketel One Vodka’s De Nolet experience. 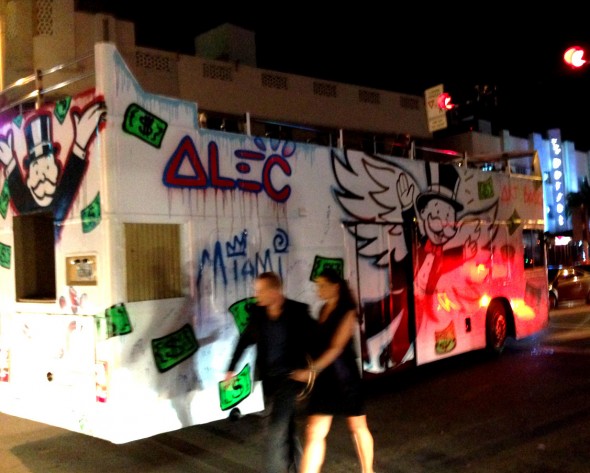