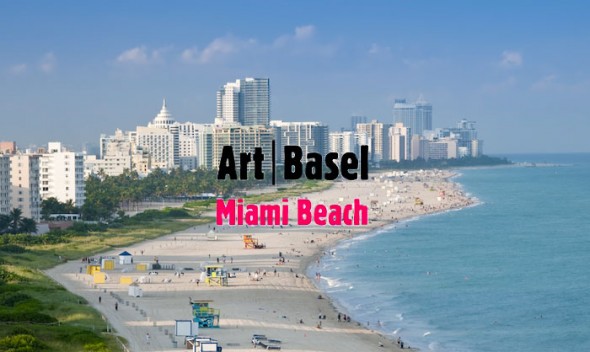 Art Basel’s 13th edition in Miami Beach closed on Sunday, December 7, 2014, amidst strong praise from gallerists, private collectors, museum groups and the media. Aside from over 250 galleries at the Art Basel Miami Convention Center, countless satellite art fairs and exhibits take place during Miami Art Week presenting works to the crowds of art lovers who throng to Miami to absorb the creativity and festivities. The Untitled Magazine compiled a list below of notable art openings that happened at this year’s Art Basel Miami.  For more on Art Basel Miami event highlights, click HERE. 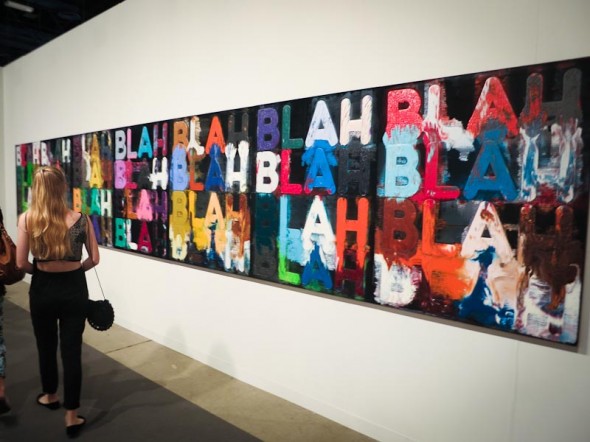 ART BASEL MIAMI BEACH 2014 – PRIVATE VIEW
Art Basel Miami held its VIP opening on December 3, 2014 at the Miami Beach Convention Center in South Beach. Featuring 267 leading international galleries from 31 countries, the show attracted an attendance of 73,000 over five days. Attendees included representatives of over 160 museum and institution groups from across the world – and a surging number of new private collectors from the Americas, Europe and Asia. Amongst the crowd at the private opening were P.Diddy, Baz Luhrmann, Swizz Beatz and others from the art and entertainment elite. Click here for highlights from Art Basel Convention Center. 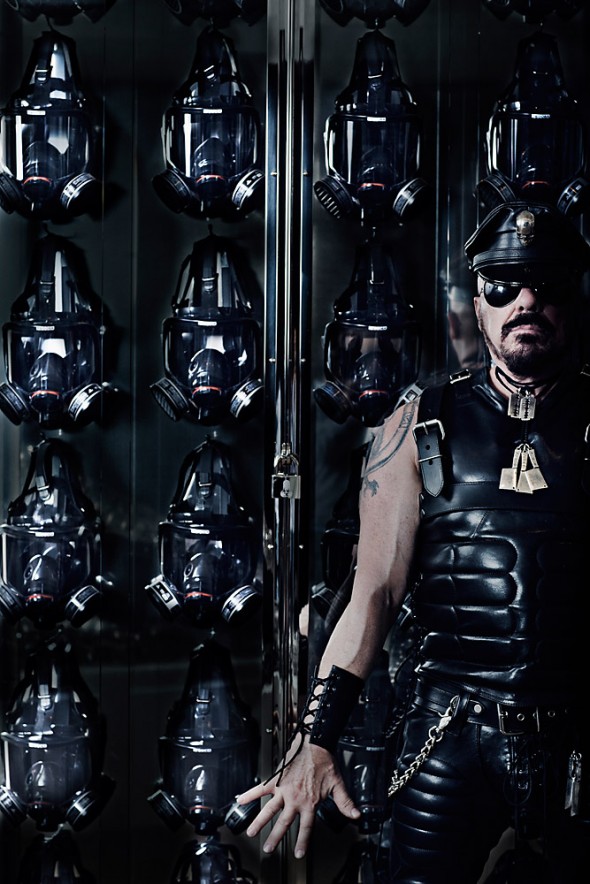 BASS MUSEUM OF ART | RECEPTION
Bass Museum’s One Way: Peter Marino served as well as anything as the week’s official uncorking. The exhibition put a spotlight on both Marino’s art collection (which included works by the likes of Robert Mapplethorpe, Damien Hirst, and Anselm Kiefer) and his own creative efforts, including his architectural work for big-time fashion brands and his stage dressings for the opera that he put on in his own home last year. Each room of One Way held a theme, including Louis Vuitton, who sponsored the exhibition with Chanel and Dior. The opening reception also showcased a life-sized wax figure of Marino, as well as strips of black eel skin, which covered some walls of the gallery. 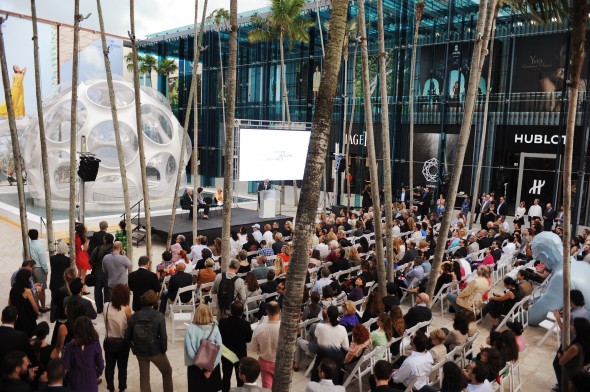 ICA & MIAMI DESIGN DISTRICT
The Miami Design District revealed a dynamic line-up of installations, events and environments highlighting the best artists and designers from both Miami and abroad. On view at the District at Art Basel were a variety of different exhibitions and cultural initiatives, including The Craig Robins Collection; an installation by artist Massimo Uberti; ICA Miami’s inaugural exhibitions with major installations by international artists Pedro Reyes and Andra Ursuta; Marina Abramovic Institute’s (MAI) public exercises designed by Abramovic; Playing with Shapes; an exhibition by Louis Vuitton & Pierre Paulin; Smell The Magic, a solo exhibition from Kris Knight presented by Spinello Projects; TRANSPOSITION: Over Many Miles, a site-specific by Paula Crown featuring an interactive sculpture fabricated in collaboration with Theaster Gates’ Studio and the Design Apprenticeship Program at the Arts Incubator at the University of Chicago in Washington Park; and Locust Projects’s shows “Welcome to the Future”, by Daniel Arsham and “Sub-Tropical Social Sculptures” by Simón Vega, among others.

In addition, the 18-square block neighborhood came to life with a public art, design and graphic design program, including past commissioned works by Marc Newson and Zaha Hadid; as well as new commissions by John Baldessari, Buckminster Fuller, Xavier Veilhan, Konstantin Grcic, 2 X 4 and Matthew Ritchie, transforming the District into an important cultural destination.

UNTITLED ART FAIR OPENING, HOSTED BY RYAN MCGINLEY
The Untitled. Art Fair kicked off on December 1st. With Ryan Mcginley as the vernissage’s host, the opening reception also acted as a benefit to raise funds for ACRIA, an HIV and AIDS research and education organization. Mcginley, who’s lost a brother to AIDS, presented his photo Prairie (Pond) – one of three limited edition prints starting at $45,000 – and donated one to ACRIA. Coincidentally, December 1st is also World AIDS Day. 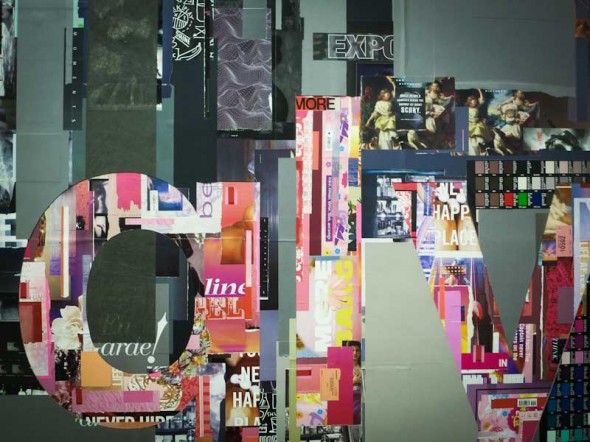 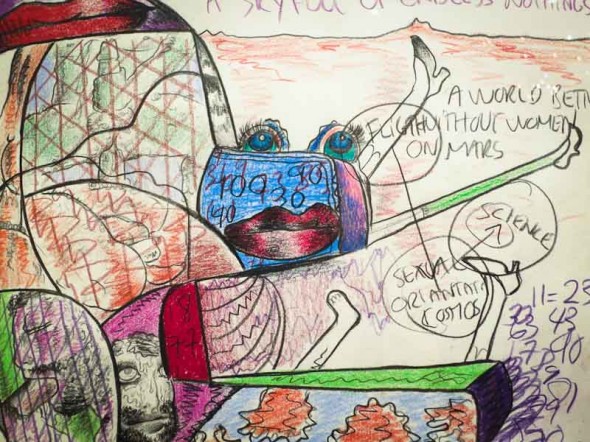 NADA ART FAIR
NADA’s fair presented an assembly of the world’s youngest and strongest art galleries dealing with emerging contemporary art. It is the only major American art fair to be run by a non-profit organization. Held at the Deauville Resort, over 74 galleries showed at this year’s Art Week, including Alden Projects, Bodega, HACIENDA, Neon Parc, and Recess among others. Click here for highlights from NADA Art Fair 2014. 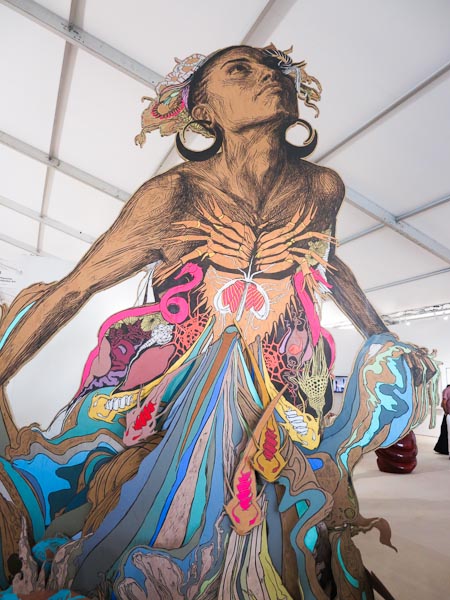 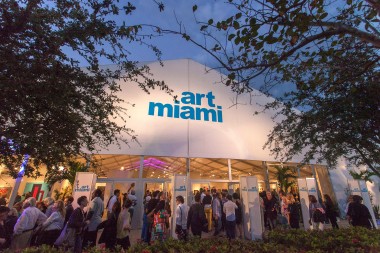 ARTMIAMI
Entering its 25th year, ArtMiami announced the forthcoming launch of Art Miami New York before their VIP preview. Art Miami New York will open its doors on May 14, 2015 in New York City at Pier 94, where the annual Armory Show takes place.

For more on Art Fairs at this years Miami Art Week, click here.

For highlights of the events and parties during Art Basel 2014, click here.