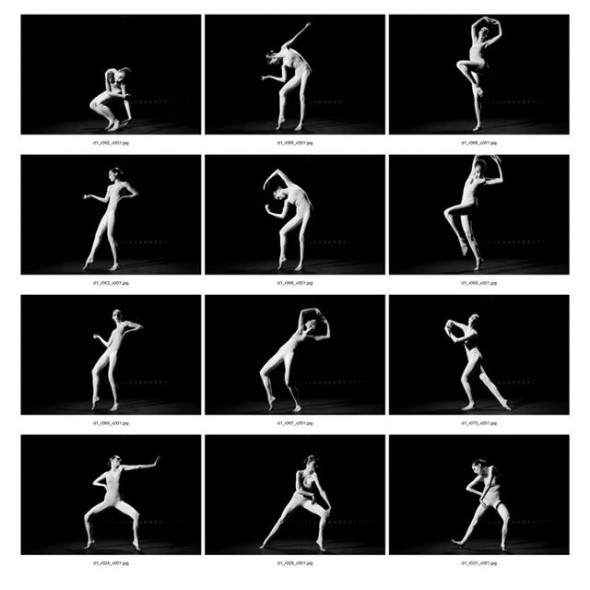 Supermodel Coco Rocha has teamed up with famed fashion photographer, Steven Sebring, in the creation of The Study of Pose: 1000 Poses by Coco Rocha. The book, which was released on October 28th, documents Coco Rocha in a series of 1000 poses made using only her body and is accompanied by a foreword by Jean Paul Gaultier.

Stripped back, wearing only a white leotard against a black, studio backdrop, Rocha twists and contorts her body, illustrating a physical dialogue that the model has become famed for. Rocha appears almost sculptural in the poses she strikes. She has stated that she and Sebring drew inspiration from early Renaissance posers, like Botticelli’s Venus and Michelangelo’s David, as well as more contemporary figures, including Grace Jones and Jessica Rabbit. For the shoot, Rocha was surrounded by 100 cameras that captured her movements at every angle. This enabled a 360-degree view of each pose, available with the purchase of the e-book.

The Study of Pose depicts the power of physical expression and non-verbal communication. Don’t miss our article Body Language: When Your Body Speaks More Than Your Words for more on the significance of the pose. See the trailer for Rocha and Sebring’s book below.