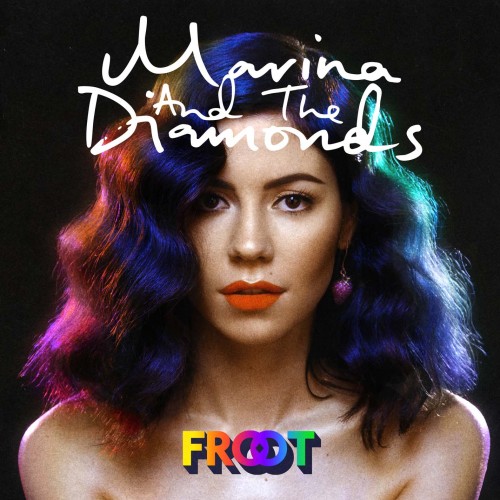 Marina And The Diamonds released the official video for her latest single “FROOT” yesterday. “FROOT” is the first single off of Marina’s third studio album of the same name, due out worldwide on April 6th, 2015. The single’s audio stream alone has received over 2.2 million views on YouTube since its release last month.

To celebrate FROOT, Marina And The Diamonds has introduced “Froot of the Month,” a series through which she will share one new track every month until the release of the album. The album is made up of 6 colours, each representing a different “froot.” The first “Froot of the Month” is grape. Fans who pre-order the album will receive a download of the single “FROOT” and will automatically receive one download a month of other “froots” until the album’s release in April 2015. The video itself is luxurious, kind of old Hollywood. Marina looks glamorous and sultry in the glowing spotlight, her dark and deep voice perfectly fitting the shadowy corners of the video.

Of the new album and the “Froot Of The Month” series, Marina And The Diamonds shared with fans “I want to tell you that I have absolutely thrived on your support over the past 5 years. Thank you, genuinely, for all the confidence + love you have given me. I want to create an experience that we can all be a part of and share together, no matter where you live in the world. And for the first time ever my album will be released Worldwide, so you will all be receiving each track on the same day! This is the start of a new musical and visual era for me. I don’t know what this next chapter holds but I’m so excited for us to be on a new journey together.”