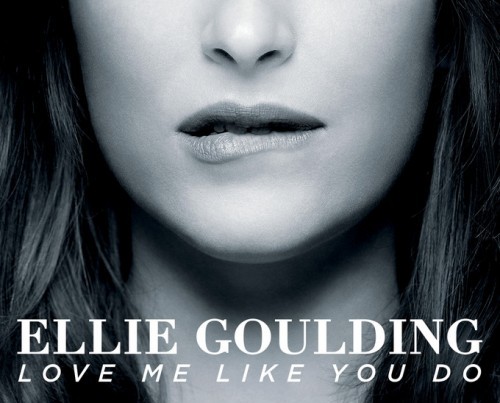 Ellie Goulding has just released a new single, “Love Me Like You Do,” for none other than the upcoming film, 50 Shades of Grey, based on the infamous book of the same name. The song is a taste, or a teaser if you will, of the film’s February 13 debut,  just before Valentine’s Day, and also on a Friday the 13th; the perfect date for the movie’s S&M brand of love and danger.

We didn’t know Ellie Goulding was a fan of 50 Shades, but their collaboration seems to be both critically and publicly acclaimed. The one word everyone uses when reviewing the song is “steamy.” And since its release yesterday, January 7th, it already has over a million views for the audio version on YouTube. Fans of Ellie Goulding like the song for her, and fans of 50 Shades like the song in anticipation of the film. There’s not a lot of hate going on either way.

The song starts out dark and lush, with the beat that kicks in bearing a resemblance to the strike of leather or an eighties’ whip-beat. The characters of Christian Grey and Anastasia Steele, who have become iconic to millions of readers, will be played by Jamie Dornan and Dakota Johnson. The full soundtrack is being released by Republic Records on February 10th.

Listen to the track below: