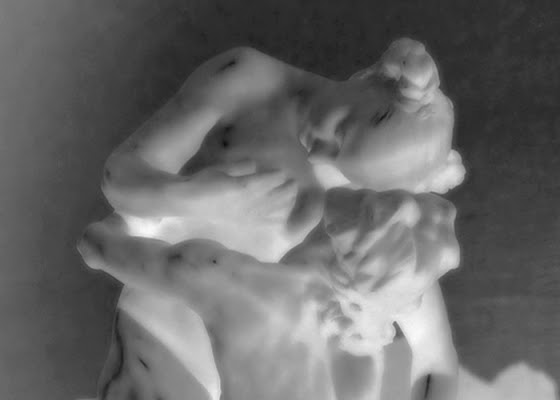 March 8th is International Women’s Day. Night Gallery has taken the occasion of this day as an opportunity to celebrate the life of one woman in particular, the sculptor Camille Claudel. In the context of art-historical readings, Claudel’s legacy is often overshadowed by her relationship with Auguste Rodin, her mentor and eventual lover, who is ubiquitously canonized as the forefather of Modernist sculpture. Although Claudel had experienced critical success in her own right, by the time she turned forty she had succumbed to a tragic breakdown, destroying many of her works, and was committed to a mental institution. In the act of destroying her sculptures, Claudel attempted to erase her existence as a daughter, sister, lover, and, most importantly, as an artist.

Night Gallery extends its celebration of International Women’s Day in the form of a month long exhibition featuring five contemporary artists working to continue Claudel’s legacy of sculptural production with an awareness of itself as a narrative object: the narrative being both the material story of the object’s making and its corroboration of the artists’ existence. Marina Pinsky negotiates the correlation between image and architectural structures while nurturing the narrativity between two and three-dimensional representation, sculpture, and its armature.  David Armstrong Six’s series of assemblages emerge out of a protracted sense of process and materiality that conjures a realm of associative abstraction and the uncanny. Ian Cheng’s projected simulation enacts a scenario of violent destruction as a form of construction which gets played out as an infinite set of combinatory variables. Lizzie Fitch’s figurative aberrations combine materiality and consumerism in an off-handed evocation of the grotesque, while Sam Anderson employs unconventional material and a disjunctive sense of scale to play out a narrative tableau of oppositional forces. In all, these five artists affirm themselves through the commonality of precarious relations and hinged realities, leaving in their midst an after-image of their own speculative activity. As an exhibition, “International Women’s Day” is a proposal to infuse the object-focused history of Modernism with a more true to life emotionality.  While that emotionality can be irrational or destructive, as was the case with Claudel, it also contains the potential for existential ideation.