NARS has just released the first video for their NARS Andy Warhol collection, and although it doesn’t tell us much, the anticipation is certainly building.  NARS announced in March that they would be creating an Andy Warhol-themed makeup line under the license of the Andy Warhol Foundation and created by the brand’s founder François Nars.  The line is scheduled to launch in October in America, followed by a rollout everywhere in November, and will be limited edition.  This is set to be the largest collaboration NARS has done with anyone to date.  Women’s Wear Daily reported that the collection would “evoke the cool, image-rich, character-laden world of Warhol,” while integrating “innovative packaging, formulas and shades.”  That means we can expect NARS’s already high-pigment shades to be saturated with Warhol’s signature vibrant, pop colors and commercial graphics just in time to pep up the dreary fall months.  The NARS Andy Warhol collection is sure to be something the artist, who once said, “I am a deeply superficial person,” would be happy to endorse. 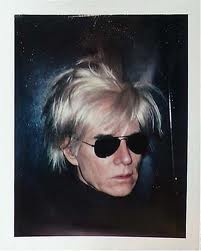