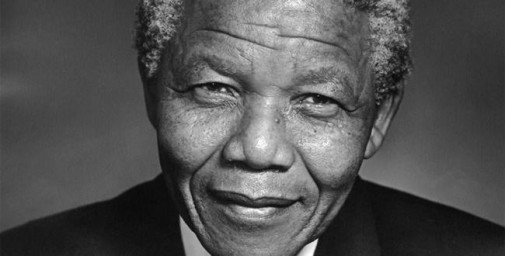 “What counts in life is not the mere fact that we have lived. It is what difference we have made to the lives of others that will determine the significance of the life we lead.” –Nelson Mandela

This week over ninety world leaders gathered for the memorial of Nelson Mandela, honoring the work of a man that wore many hats: revolutionary, peacemaker, President and philanthropist. While the world reels at the loss of an iconic leader in the fight for human rights, there is an opportunity to reflect on his journey and legacy. Over his ninety-five years Nelson Mandela left a mark that will never be forgotten.

The South African leader began life as Rolihlahla Mandela, the son of a royal advisor. After receiving the Christian name “Nelson” from his primary school teachers, early signs of Mandela’s activist future appeared after his suspension from the University of Fort Hare for joining a student protest. Mandela returned to Fort Hare University after working as a security officer, graduating with the class of 1943. After three years of articles with attorneys Witkin Eidelman and Sidelsky, Mandela pursued an LLB which would remain unfinished until the tail end of his iconic imprisonment at the hands of the South African government.

Nelson Mandela’s life-defining relationship with the African National Congress began in 1944, when he helped establish the organization’s Youth League. He quickly gathered attention and momentum in the organization’s fight against South Africa’s institutionalized white supremacy. As the National Volunteer-in-Chief of the Defiance Campaign, Mandela led over eight thousand men and women in passive resistance. The nonviolent initiative was a reaction to racially motivated pass and curfew laws. The Defiance Campaign, in the tradition of the finest acts of civil disobedience, challenged unjust laws through mass violation of them.

The escalation of the violent enforcement of South Africa’s apartheid policy eventually pushed Mandela towards the most controversial choice of his political career: the turn towards armed sabotage. Believing that the limits of passive resistance had been breached after Johannesburg’s destruction, Mandela founded Umkhonto weSizwe, translating to “Spear of the Nation.” The cells of the armed ANC splinter movement sabotaged infrastructure buildings like military bases and power plants to weaken the South African government with minimal bloodshed. Mandela’s autobiography Long Walk To Freedom explains the logic behind this turn: “When a man is denied the right to live the life he believes in, he has no choice but to become an outlaw.”

After a 1962 police raid, Mandela and ten other resistance leaders faced the death penalty for their campaign against the state. The Rivonia trials quickly became a legendary moment in the history of South Africa’s apartheid struggle. Mandela’s Rivonia address remains iconic to this day – “I have fought against white domination, and I have fought against black domination. I have cherished the ideal of a democratic and free society in which all persons live together in harmony and with equal opportunities. It is an ideal which I hope to live for and to achieve. But if needs be, it is an ideal for which I am prepared to die.” The address took the place of a plea of mitigation as Mandela traded his defense for a pointed political statement.

Having served time at Robben Island, Pollsmoor Prison and finally Victor Verster Prison, Nelson Mandela remained a force to be reckoned with. As tension increased across South Africa, Mandela evolved into a potent symbol of resistance for black South Africans and a human rights icon on the international stage. Campaigns to free Mandela became a fixture of foreign pressure to end apartheid, leading many businesses and nations to cut off their support for South African business and government. Mandela rejected an offer for freedom from the reactionary Botha administration in exchange for repudiating violent resistance, saying, “Only free men can negotiate.” Mandela was eventually released unconditionally by President de Klerk in 1990.

Mandela won the 1994 South African presidential election, becoming the first black head of the post-apartheid state. The Mandela Administration lived up to the Rivonia Address’ promise of fighting all forms of supremacy making South Africa distinguished from other post-colonial economies by relatively restrained white flight. After adopting policies geared towards national integration and foreign investment, Mandela withdrew from political life, opting to retire instead of run for a second term.

In his retirement, Mandela remained a powerful figure as a philanthropist. The Nelson Mandela Foundation fought many of the problems facing the poor in Africa by working to expand education, infrastructure, and AIDS treatment. He also remained an active commentator in global politics until he took a more reclusive turn in 2004. Mandela died of lung complications on December 5, leaving a storied legacy.

Long Walk to Freedom is a modern autobiographical classic. The spirit that distinguished Nelson Mandela is best described by a quote from the book: “Difficulties break some men but make others. No axe is sharp enough to cut the soul of a sinner who keeps on trying, one armed with the hope that he will rise even in the end.” Nelson Mandela never broke, and the world is a far better place for it. The movie version was released on November 28th.

Donations to Nelson Mandela’s foundation can be made here.

0
The Untitled Magazine December 8, 2013
No Comments Yet