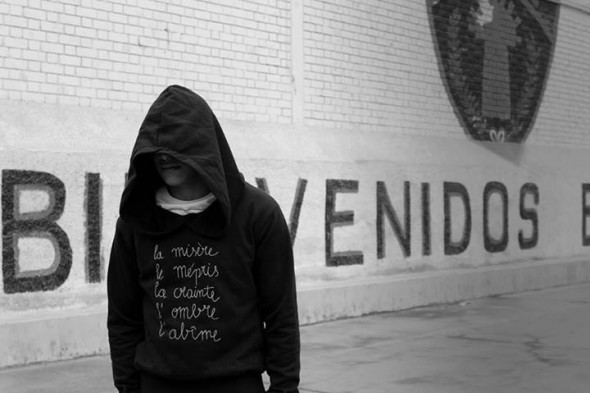 The Siphoning of street style by society’s more gilded tiers is a longstanding trick of the trade in fashion. Marie Antoinette dressed as a “sheep herder” to alleviate ennui, Vivienne Westwood commoditized the defiant plumage of her punk contemporaries, and Marc Jacobs famously put flannel-the sartorial emblem of “anti-fashion” on the runway. But there is another well that tastemakers have long dipped into for inspiration: prison.

Aesthetically we’ve seen this cultural cross-pollination in the sagging baggy jeans of the 1990s, which designers nicked from the hip-hop set. But this look in fact originated in prisons as a result of the ill-fitting pants inmates were issued; a cautionary ban on belts, which could be used as weapons or makeshift nooses, assured that a prisoner’s trousers would almost always swing low. Then of course there are the stripes. Design houses have long churned out collections made entirely of the iconic black and white prison stripe. The uniform first emerged at Newgate Prison in 1815 due mainly to the cheapness of striped cloth, but also to symbolically represent prison bars, never allowing the convict to forget his enslavement. Recently the Netflix series Orange is the New Black has rekindled the runway’s infatuation with the Big House, as throngs of models walked in the signature tangerine typical of prison jumpsuits.

But the fashion industry has a deeper, more polemic relationship with the Prison Industrial Complex it doesn’t flaunt so openly: that of the corporation and the laborer. Fruit of the Loom, J.C. Penney, Eddie Bauer, and many others have all utilized inmate labor to manufacture clothing. This model provides low production costs for the company, while the small fee they pay goes back into keeping the PIC afloat along with the billions of taxpayer dollars it devours annually. Inmates within this structure are paid as little as 93 cents to $4.73 per working day and collect no benefits.  They are essentially a captive pool of manpower big businesses can easily capitalize on. In the same way that fashion is never merely a means of self-expression, prison is not simply a construct of criminal law; it is an industry. 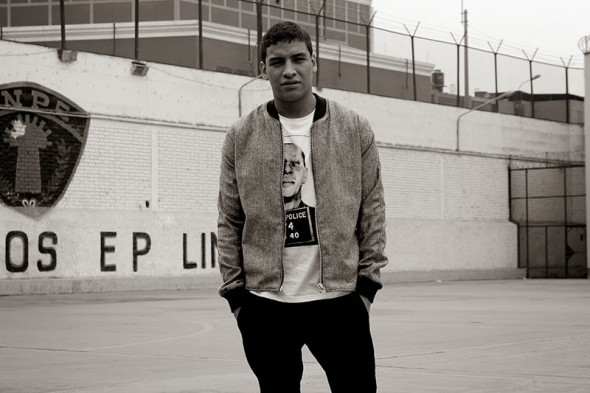 It was this comprehension of fashion’s visual, cultural, and financial ties to prison that congealed in the mind of Thomas Jacob, making him a unusual entrepreneur. Jacob is the founder of Project ­­Pietà, a moderate to high-priced clothing label inspired and made by convicted felons in Peru. Jacob got his start working for a luxury French fashion house but decided to abandon that world after touring San Pedro prison in Lima and witnessing its untapped potential. There he saw idle inmates, and plenty of unused sewing machines. Light bulbs flared.

What if he could create an artisanal brand that would cost little to produce, teach convicts a valuable skill, and assist in their recovery?

Jacob’s main focus for Project ­­Pietà is rehabilitation as well as craftsmanship. Each day of work by an inmate goes towards one reduced from their sentence-a model that actually seems rooted in reform rather than simply keeping prisons in the business of imprisonment. But Jacob also wanted to make beautiful clothing. Fortunately for him, Peru has a sturdy history of garment manufacturing, not to mention a steady supply of quality raw materials such as organic pima cotton, wool, and baby alpaca-all of which are used by Project Pietà. 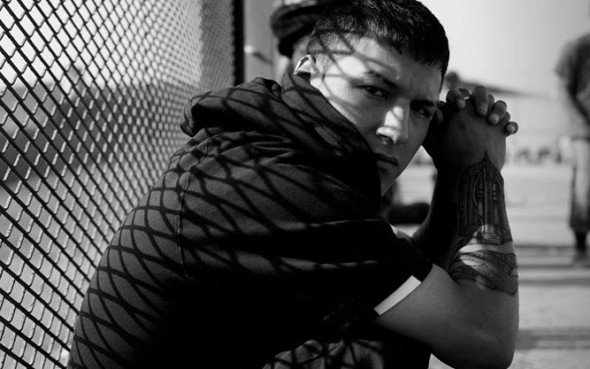 In a recent interview with Oyster Magazine, Jacob elaborated on his motivation behind creating the project:

“I didn’t want to make a common brand, making average-quality products. I wanted to show the world that in these jails with all our efforts and talent, we could make a high quality work like any other fashion studio. It all started when I had the opportunity to visit a jail here in Lima with a French friend. I met a lot of wonderful people, warm, open minded and very far from the image you may have of prison inmates here. These people came from underprivileged upbringings and were now idling in prison with nothing to make of their days.”

Unlike brands such as Eddie Bauer and Fruit of the Loom, Jacob didn’t see the prisoners simply as workers, but as people who could benefit from the project…even model for it. While the larger corporations wouldn’t likely approve an ad campaign championing their use of prison labor, Project Pietà practices full transparency. Ads for the brand feature inmates wearing the clothing they collectively make, posing in their place of work and imprisonment. These images present a starling contrast of worlds: that of contemporary fashion, and the other of a life behind bars and barbed wire. It’s difficult to say whether the campaigns bring the consumer closer to the source of the item they purchase, or push them further away, solidifying the inmate’s role as the outlaw and other. 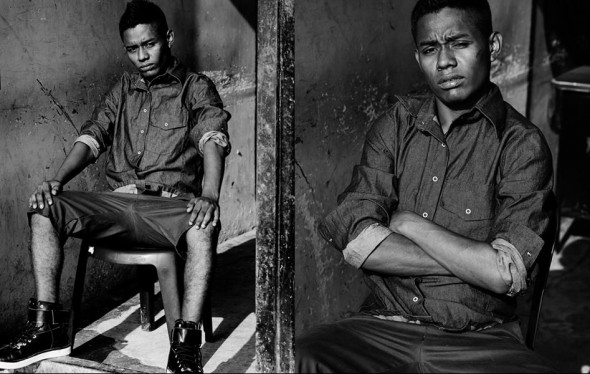 It was actually these ad campaigns that first turned the flavor of Project Pietà slightly sour for me. Despite the admirable things Jacob has achieved-treating prisoners like human beings instead of workhorses, promoting quality craftsmanship, and giving credit to each inmate-cum-artisan (their names appear on the pieces they personally work on), the brand has made some aesthetic choices both in promotional imagery and product design that spawn a few questions.

Take for instance some of the items for sale on Pietà’s website: a 19 Euro leather wallet in the shape of a handgun, for instance. Or perhaps you’d prefer the 11 Euro brass knuckle coin purse if you’re strapped for cash. It would seem that a brand so interested in reform might wish to shed the stereotypical tropes associated with inmates such as assault weapons and implied violence. 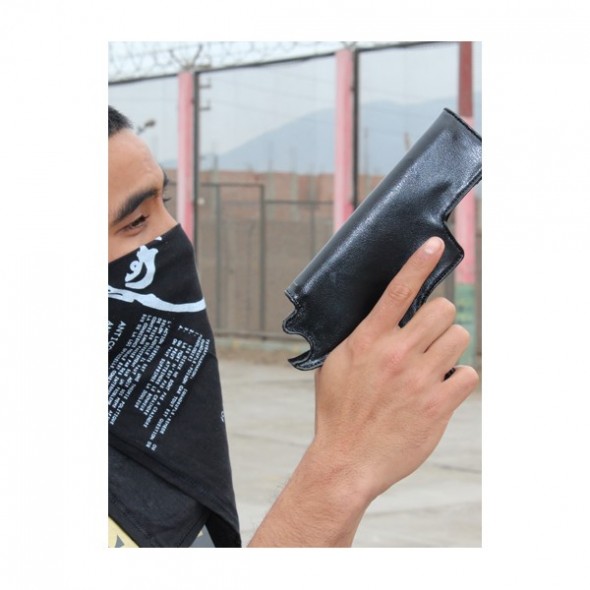 Evocative products like these may seem kitschy and innocuous to most, and I would never suggest that they are promoting actual violence in the way parents wax-paranoid about Grand Theft Auto. However given that these items are literally born within the physical context of prison, wouldn’t it seem that the brand is exploiting, even glorifying the fugitive persona it claims to reject? Jacob himself said that he met “a lot of wonderful people, warm, open minded and very far from the image you may have of prison inmates here” so why is he so set on solidifying that image?

The ads themselves perpetuate the same ethos as the weapon wallets: that of the glaring hardened criminal. He is in the foreground, razor wire looms behind his head. He wears a shirt printed with vague phrases ranging from “Nihilism,” to “Anti-Market Stance,” and my personal favorite: “I don’t mind stealing bread from the mouths of decadence” (a Temple of the Dog lyric from the song “Hunger Strike). But isn’t the mouth of decadence eating from the hands of the captive?

Initially I was excited about Jacob’s proposal: a seemingly honest business model (or at least, a seemingly less abusive use of prison labor) that gave credit, skill, and value to those considered worthless by many. But at the end of the day, are these inmates just indentured servants being exploited for their “criminal” image? After all, this is still fashion…this is still a business. Is it a more humane iteration of Capitalism? Maybe. Does it line up with its own slogan: “Anti-Market Stance”? Not exactly. 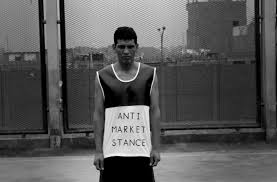 which saw New York City’s destitute and displaced as chic muses. This little detail in the screenplay was comically brilliant for two reasons: its absurdity, and its utter accuracy in portraying the whims of the fashion world. There is a fine line between social commentary, irreverence, and downright insolence, and that is something a designer always has to keep in mind.

I do believe Jacob has honorable intentions, but I can’t help but wonder what his thoughts were when conceptualizing certain design elements in the collection. The prisoners that make up Project Pietà can at least now learn a valuable trade and feel that they are part of something other than a cellblock, and they have Jacob to thank for that. The fact that each day of their hard work reduces their sentence by a full day is the most encouraging aspect of the brand’s mission. But should a clothing line be celebrated for selling criminal chic to the comfy middle class?

– Article by Madison Bloom for The Untitled Magazine