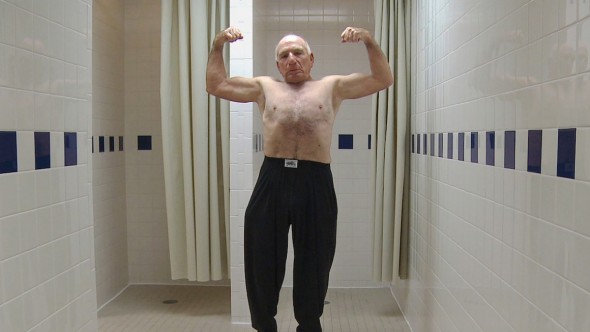 Documentaries aren’t about our lives, emotions, triumphs and tragedies getting wrapped up in a neat little package. Instead they are and always have been a look at who we are in the moment, even if that moment and identity prevails for years to come. Unlike movies, which create a linear experience meant to illustrate intangible thoughts and feelings that arise in life (offering a glimpse at living that we’d never get while in the middle of doing just that,) documentaries provide us with insight, and more than occasionally, hindsight. A sort of insight that doesn’t seem to have much room in the business of mainstream movie making.

Contemporary audiences are having conversations that were almost inconceivable in the average household not too long ago, largely due to the rising popularity and accessibility of film festivals like SXSW that are popular choices for documentary premieres. Filmmakers have been cashing in on faux documentary styling since the late 90s. Think: iconic, “found footage” horror film The Blair Witch Project.

Early documentaries were used largely for educational purposes, though the approach used in constructing the films feels eerily similar to propaganda films in retrospect. Whether or not this is intentional (who can say?) but you don’t have to look too far back to see how educational documentary films like Reefer Madness, which was screened widely at PTA meetings and much later revealed not to be an actual documentary at all, can spread like wildfire among people who take every word in these films as hard, scientific fact. We now know that most of Reefer Madness was not hard fact, but this didn’t stop the film from being influential enough to have molded the opinion of generations – so much that those opinions continue to affect our society, legal system, and economy today.

The Culture High, a recent documentary that explores the repercussions of our 77 year ongoing prohibition, is a far cry from the dramatized scenes and sensationalist narrative of Reefer Madness. The audience is presented with actual attributed facts that come across like revelations. These revelations include the fact that Americans are said to provide 60% of financial support to lethal Mexican drug cartels through the purchase of marijuana, the existence of US government sanctioned equitable sharing programs where federal agents are encouraged by their states to take any assets that are suspected of being used in a crime (often resulting in a split of those seized assets even if there is no conviction), and the decreased murder clearance rate in comparison to the increased rate of cannabis related arrests. The film also provides a retrospective look at the war on drugs from former DEA and MI5 agents, and can boast involvement from Harvard professors and pop culture figures alike; pop culture figures such as Snoop Dogg who says of the prohibition on marijuana, “It’s not rational or logical, it’s financial.”

Documentary film is being examined on such a major level that it’s now a relevant part of the Oscar conversation. 2014 Oscar nominee Dirty Wars is one of those deeply important films that everyone should be watching. The Act of Killing, another 2014 nominee, is an insightful look at life and society with the figurative curtain permanently lifted, but motives resolutely unchanged. Truly investigative documentaries are easily accessible by anyone with a laptop through outlets like Vice News. So it stands to reason that with all the success and exposure of documentary film, those who seek to examine important issues would have a notable platform to tell their truth. It also stands to reason that we, as audiences, would get a variety of viewpoints, check-able facts, and even first hand accounts to help us determine what it is that we believe.

This makes sense, but difficulty securing distribution exists no matter what sort of film you’re having made, especially if you’re lacking major buyers and in some cases even if you aren’t. On Nov. 13, DOC NYC began its fifth year as an operational film festival. DOC NYC is the biggest documentary film festival in the United States, and is one of the only outlets that exist specifically for documentary filmmakers to get their work out there. One of the filmmakers who was set to be a part of the 2014 edition of DOC NYC is Oscar-nominated, Amy Berg. Berg’s documentary An Open Secret, which explores the exploitation of young boys in Hollywood (often by talent managers), was set to premiere at DOC NYC, and run throughout the festival. The premiere was canceled at the request of hedge fund manager Alan Hoffman and Boston entertainment attorney Mathew Valentinas, who financed the film after approaching Berg about making An Open Secret in 2011, after her 2006 nomination for Deliver Us from Evil, a film documenting molestation in the Catholic church.

The film is meant to empower victims, as Berg’s non-sensationalist style of investigative filmmaking has become closely associated to sensitivity in regards of not only subject matter, but her subjects as well. When films like this are made, we are forced to take a look at who we are. If the canceled premiere, reported industry pressure, and single screening of the documentary during the festival are any indications, there are people among us who simply aren’t ready to take such a hard look, or to be looked at, in the light of the accusations that are addressed within this particular film. As of the time this is being written, it seems unlikely that An Open Secret will ever find a distributor, just as many of those now adult boys will probably never find justice for the crimes perpetuated against them.

The Immortalists, Jingle Bell Rocks, and Killer Legends are examples of documentary films released this year that examine who we are through cultural phenomena, as does The Last Impresario, Saturday Night (which is experiencing a revival of sorts via HULU), Burt’s Buzz, and Food Chains. The latter films do this with the use of a celebrity element. The celebrity element in today’s documentary films is an interesting aspect. While these films don’t have stars in the traditional sense, involvement from names like Eva Longoria (Food Chains) or James Franco (Saturday Night), attach a face and name we know to these films. Celebrities of sorts can also be the focus of documentaries such as The Last Impresario, which focuses on the life of legendary British producer and bon vivant Micheal White, and uses figures like Kate Moss who were present but not necessarily pivotal to White’s life, much like 2010’s The Radiant Child which illustrates the life of graffiti artist, Warhol protégé, Supreme muse, and superbly interesting Brooklyn born artist Jean-Michel Basquiat. These films have premiered at festivals like SXSW and TIFF, and screened at alternative NYC theaters like Nitehawk following televised premieres, to reach the masses, entertain, and provoke thought.

– Ashley Jones for The Untitled Magazine

Watch the trailer for The Act of Killing below:

Ashley C. Jones is a New York transplant, who attended St. John's University and now writes full time. She took mostly film & television classes while working towards her Bachelor's in Mass Communications (she got all the college writing courses out of the way in high school), and also minored in International Studies, spending half a year in Paris, Rome, and Salamanca, and doing a little independent travel in between. Since that time Ashley has lived in a log cabin in upstate NY, volunteered with MoMA PS1, written content for various websites, gained an editorial position in entertainment writing, and among other things she aspires to travel more, eat well, and pen a collection of short stories in the near future. Ashley now lives in one of the five boroughs again; with her boyfriend and their cat on a block with a Bollywood theater.