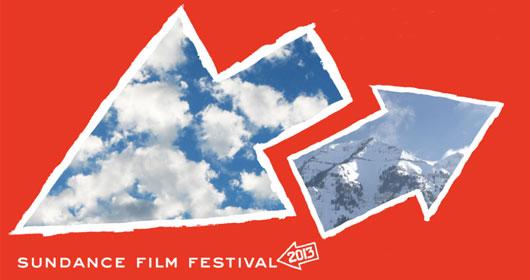 Sundance unveiled its line-up for the 2013 film festival in Park City, Utah. 65 of the 8,102 submissions will premiere on January 17 through January 27, celebrating 35 years of competitive vanguard filmmaking. The list is broken down into several categories including U.S. and International Narrative Short Films, Documentary Short Films, Animated Short Films, and New Frontier Short Films.

The premieres at the 2013 Sundance Film Festival are sure to draw Oscar buzz, especially with the return of beloved indie-film series, Before Sunrise. The third installment, Before Midnight revisits Jesse (Ethan Hawke) and Celine (Julie Delpy) on their journey through Greece. The on-screen couple continue their time-stamped romance since reconvening in France for Before Sunset in 2004.

The new year also brings familiar names to Sundance. The biopic based on the inspirational life of Apple co-founder Steve Jobs will make its big screen debut. Taking on the lead role of Jobs is Ashton Kutcher. The film, jOBS, written by Matt Whiteley chronicles the peak of Job’s career over the span of 30 years. The long-awaited thriller by Korean filmmaker Chan-Wook Park, Stoker stars Nicole Kidman and Mia Wasikowska as a grieving mother and daughter who are met by a man claiming to be a long lost uncle. Other noteworthy actors at Sundance 2013 include actor/director Joseph Gordon-Levitt in Don Jon’s Addiction and comedian Steve Carell in The Way, Way Back.

For documentary filmmaking, We Steal Secrets: The Story of WikiLeaks raises eyebrows with its compelling story behind the origins of WikiLeaks and the ethics of its founder and political refugee, Julian Assange. No stranger to scandal, director Alex Gibney has worked on such documentaries like the uncovering of corruption behind Enron and the injustices at Guantanamo Bay. Gibney is currently in post-production for his documentary film on Lance Armstrong’s short-lived return to cycling.

For a complete list of premieres and short films visit:
http://www.sundance.org/

0
The Untitled Magazine December 11, 2012
No Comments Yet