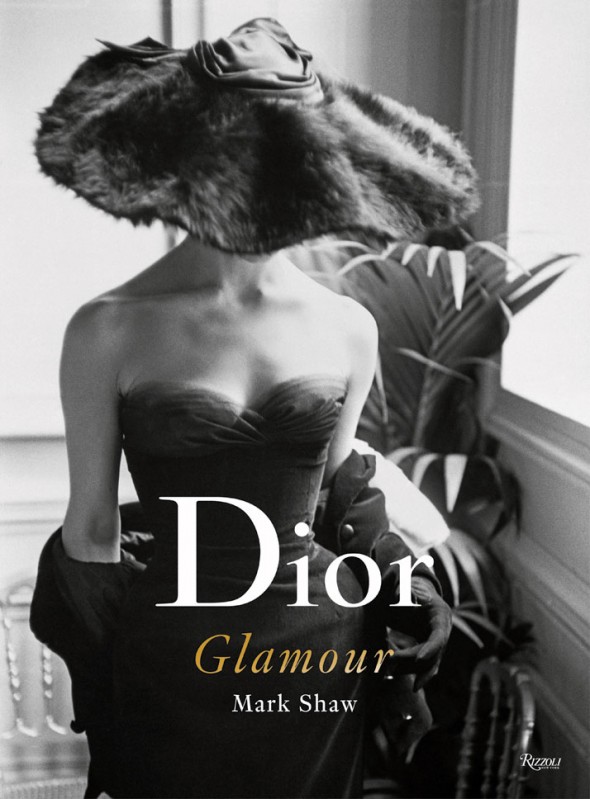 Christian Dior began his mark upon the fashion world in the year of 1946. It was on February 12, 1947 where he presented his first show and cemented his title as a forthcoming couturier. With Dior’s ultra feminine designs, he created timeless ensembles with his haute couture collections. For those who have always been under Dior’s seduction of draped delights and structural hemlines, a glamour book documenting a decade of the brand’s chapter is available for purchase now.

“For me the strongest impact is the first ten years of Dior and how to link that to the 21st century,” he told The New York Times when the news broke. “I find it very challenging to rethink couture.”

Dior Glamour: 1952-1962 is a collection of iconic fashion photographs by Mark Shaw with Christian Dior. The book offers a glimpse into the perfecta decade of Christian Dior, along with revealing some of the first fashion photos ever shot in color. The lavish volume embodies the glamour of the time – showing rare moments with Christian Dior during fittings, editorial-styled prints of models, socialites and actresses posing in Dior’s creations. With more than 130 color and black-and-white prints in the volume and many never before seen photographs, you will be able to witness the premier world of Dior during the 1950s.

Heavyweight publishing house, Rizzoli released the book early November. Shaw summoned the drama and elegance of the period as he relished backstage at Dior’s fashion shows. During the 1950s, the Parisian fashion world was far more exclusive and much like a secret society, rather than the open culture it is these days. Back in the days, competition was fierce among fashion houses. Designers were exceedingly protective of their designs, models were contracted to not talk prior to runways, and invitations were particularly limited.  It was all a very hush-hush affair.

With earning Christian Dior’s trust, Mark Shaw was able to document an entire book of private, off-the-record moments with the famous couturier. Shaw was a much sought-after photographer during his lifetime – he is largely known for his long collaboration with LIFE magazine, as well as for his iconic family portraits of the Kennedys, prior and after John Kennedy’s presidency. Throughout his fruitful career, he was able to develop pure relationships with fashion, theatre, film and political royalty.

Envisioning a globe people with customers clad in head-to-toe Dior, he set about building an empire of elegance, establishing outposts in New York, London, and Caracas. “There is nothing I would like better than to make every woman look and feel like a duchess,” Dior has said.

Shaw’s attention to context and devotion to authenticity was an ability that could not go unnoticed, as it was a talent in itself. Of all the socialites, models and designers he has shot – Shaw mentioned the personal affection he had for the photographs in the volume’s epilog. The book is a celebration of the definitive weight of influential figures inspecting and deliberating over the gowns. In Dior Glamour, you will be see Dior’s ‘New Look’ day dresses, dramatic ball gowns, and impeccably cut tailleurs. Shaw even includes some photos of Elizabeth Taylor and the Kennedys in the volume.

This is one intimate tome of spanning catwalk show rehearsals to era-defining models, an archive of prints ultimately released for appreciation.

Dior Glamour is available for purchase on ShopBop.